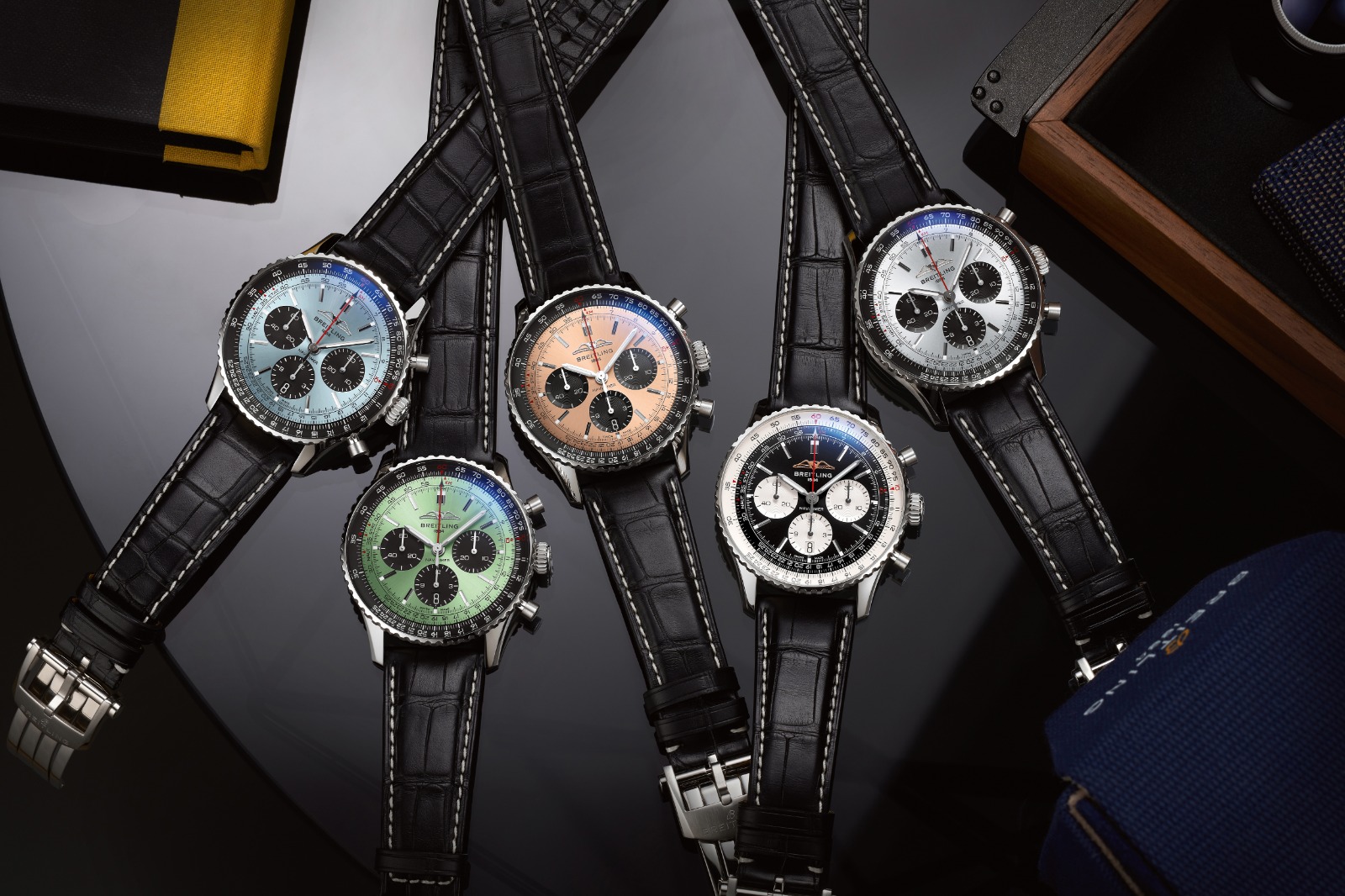 Breitling has been making us dream with the Breitling pilot’s watch for 70 years now. To celebrate this anniversary, Breitling is unveiling a more modern, younger, more colorful reinterpretation of the collection. Let’s take a look at the Breitling Navitimer B01 Chronograph, a true watchmaking icon that has always been on everyone’s lips.

An in-house movement for stellar performance

In addition to the perfect combination of Breitling’s heritage and new on-trend design codes, the latest Navitimers are also very precise tool watches. Indeed, all the timepieces contain a self-winding mechanical movement, the COSC-certified Manufacture Breitling 01 calibre. The movement builds up a power reserve of approximately 70 hours, making it ideal for changing watches over the weekend. It is also extremely precise, oscillating at 28,800 vibrations per hour.

A modern and retro style for the Breitling Navitimer B01 Chronograph

The Breitling Navitimer B01 Chronograph retains its look and feel by keeping the elements that have always been there: a circular slide rule, baton indexes, a trio of chronograph counters and a notched bezel. Nevertheless, it has an updated profile thanks to the flattened slide rule and domed glass. The watch has a slimmer silhouette, which enhances the view of the COSC-certified Breitling Manufacture Caliber 01 through the transparent case back. It is available in three different sizes –41, 43 and 46 mm–, ensuring that there will be a model that is perfect for you! The case comes in a first version in stainless steel and a second version in 18-carat red gold. As for the bracelet, you can choose between a metal bracelet and an alligator strap. Meanwhile, the dial sports a palette of colours between blue, green, copper or even black and white. And the detail that makes this watch even more wonderful is the return of the winged logo of AOPA (Aircraft Owners and Pilots Association) at 12 o’clock. In short, the Breitling Navitimer B01 Chronograph features a more up-to-date look that is sure to delight all generations.

Discover all our Navitimer models here.

Would you like to try this model on? Come visit us at one of our GENEVE shops. 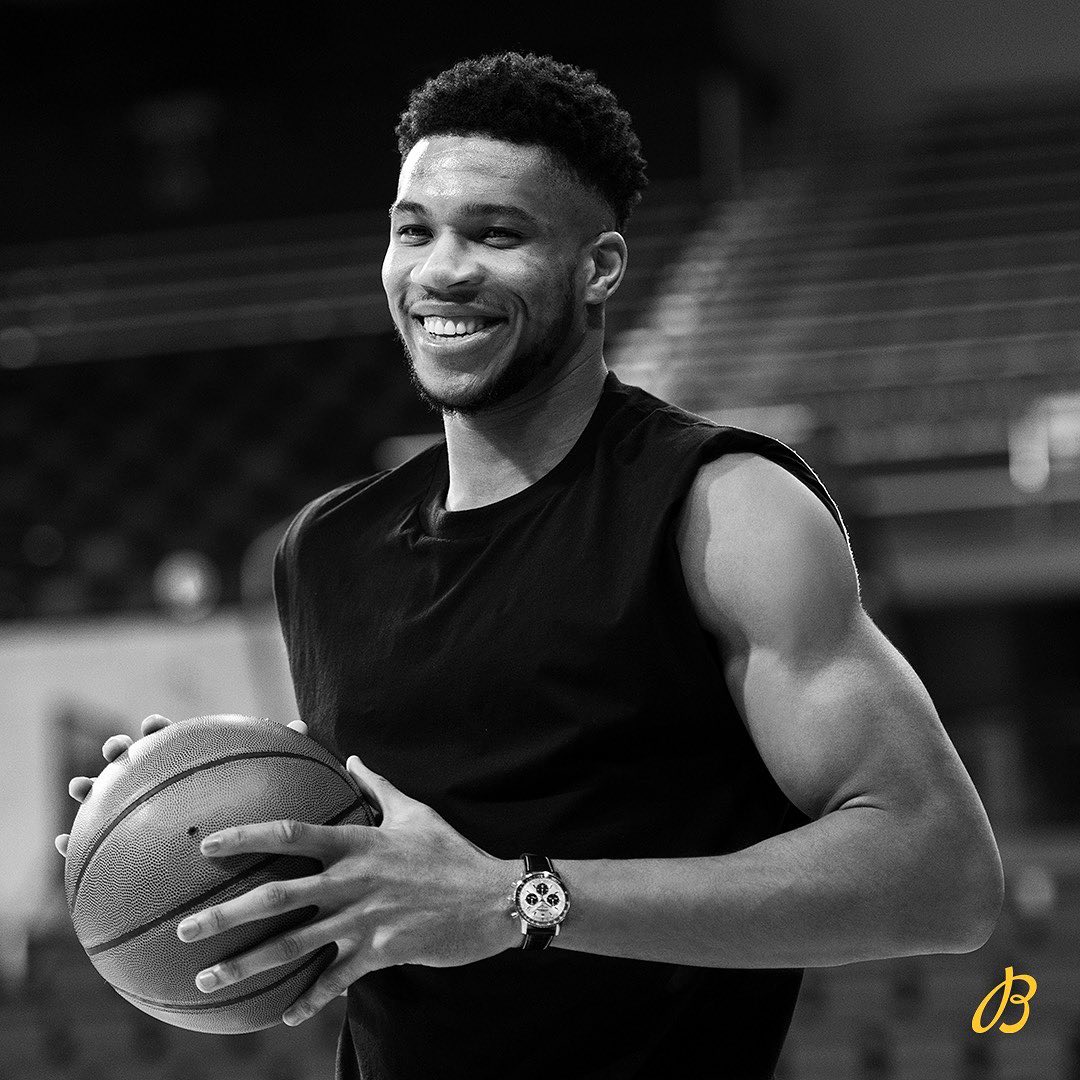 Breitling is one of the big powerhouses of the watch industry. Breitling is a private company founded in 1884 in Grenchen, Canton de Soleure, Switzerland specialized in the design, manufacturing and distribution of watches. It’s well known for the highly precise pilot’s chronometer.

They developed a “Fight computer”, this revolutionary system combines a chronograph with a circular slide rule. allowing pilots to calculate average speed, distance and fuel consumption. The name Navitimer is the combination of “navigation” and “timer”.

It became the watch of principal choice among most of the commercial airlines pilots. Not only commercial airlines but also astronauts, Scott Carpenter wears a special one and brings it into space in 1962. Thanks to all this events it reaches an iconic status, gaining fans among celebrities like Miles Davis and Formula 1 champion Jim Clark and Graham Hill.

In this decade Breitling decided to release the Navitimer with an automatic caliber, converting this into one of the first self-winding chronographs in the world. It doesn’t come alone, it comes with new design befitting the bell-bottom era, including also Day-Glo hands on XXL 48 mm-case version.

In 1979, Schneider family acquired Breitling, at the height of the quartz period. They decided to launch a mechanical tribute to the original navitimer. It becomes a symbol of luxury and craftsmanship. It gained a loyal following that included singer Serge Gainsbourg.

Breitling gets “complicated”, enhancing the Navitimer models with most of the traditional complications; perpetual calendar and rattrapante. They also introduced new models, such as the Navitimer Spatiographe, Twenty Sixty and Airborne with new and advanced complications.

2009; Breitling company introduces the first manufactured movement in their chronometrie unit in La Chaux-de-Fonds, Switzerland. In 2010, they fit it into the Navitimer with this debut of the movement- The Breitling Manufacture Caliber 01.

It is the start of a new era, which began in 2017, when CVC capital partners acquired a large part of the brand, resulting in Georges Kern becoming the new CEO. They unveiled an Airline Capsule Collection, with a tribute to Swiss Air, Pan Am and TWA. Creating a link to the glory days of aviation.

It’s time to fly, the Navitimer resurfaces in style and color. The slimmer lines and new dial shades give the watch a more refined look, although it is still a Navitimer and that is undeniable. This renewal comes with a major signing, Giannis Antetokounmpo is the new face of Navitimer.

Now, we’ll present to you some of the models of Navitimer we have.

Nowadays the Navitimer is an icon in the world of watches. 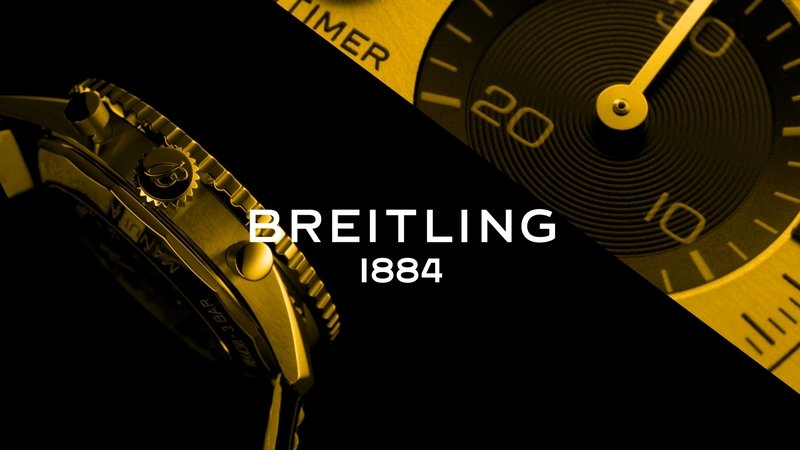 Throughout Breitling’s 70-year history, its first aviator watch has been loved by aviators and trendsetters alike. From major celebrities to an astronaut have worn this legendary timepiece.

On this occasion, tribute is paid to this legend in the world of watchmaking.

EVOLUTION OF THE MODERN RETRO STYLE

In creating this Navitimer, its DNA has been retained with original and recognisable aspects of the icon. With its circular slide rule, baton indexes, trio of chronograph counters and notched bezel for easy handling.

Emphasis should be placed on its colors; blue, green and copper. It is these new colors that define the new dial options.

In addition to all these details that make you fall in love, there is a singularity that awakens nostalgia and that is the return of the AOPA wings to their initial position at 12 o’clock.

2022 is looking very good for the Breitling brand, especially after the return of the legendary Navitimer model, which has been completely revamped and modernized.

Discover more models of the Navitimer on our website 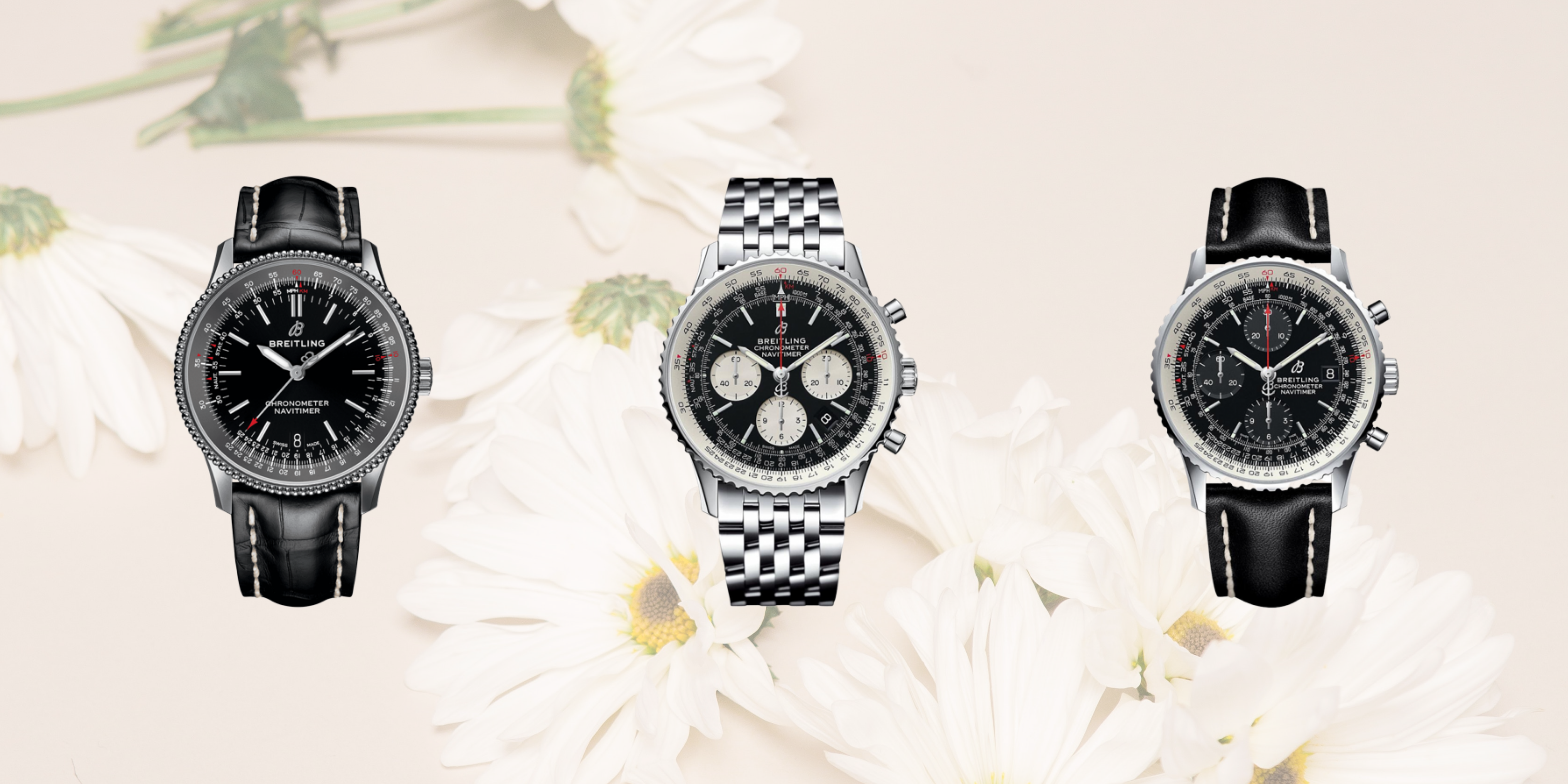 The Breitling Navitimer is undoubtedly one of the primary cult watches on the watch scene. This iconic watch stands out with its slide rule dial. Pilots swear by it, and for good reason. A closer look at this legendary model.

The story behind the Navitimer

The Breitling Navitimer was created in 1952 to provide pilots with a true instrument they could wear on their wrist. Its name is a contraction of the words «navigation» and «timer». The slide rule on this watch allows wearers to analyse and solve all air navigation calculations. Hence, it is possible to calculate things such as fuel consumption and flight time and convert miles to kilometres. Indeed, when it came out, it was extremely popular with collectors.

The rebirth of the Navitimer

The Navitimer disappeared somewhat in the 1970s. Yet, it came back on the scene in 2009 when it was equipped with a manufacture movement, Breitling calibre 01, a technologically advanced chronograph movement that is COSC certified. Subsequently, in 2014, the case size was increased to enhance readability. Since then, the Navitimer has continued to captivate fans of watchmaking and aviation.

Discover some of our Navitimer models

This automatic watch perfectly combines historical charm and elegance in a contemporary timepiece. The case features a beaded bezel and comes with different straps. The Navitimer 1 Automatic is driven by Breitling calibre 17.

The Navitimer 1 B01 Chronograph

The Navitimer 1 B01 Chronograph, which measures 43 mm in diameter, combines technical mastery with an original design. It contains the Breitling manufacture calibre 01, the perfect example of excellence and reliability. This model is distinguished by its steel case, its black dial with a red seconds sweep hand, its silvered chronograph counters and its applied hour markers.

The 41 mm version features a black, blue or silver dial with tone-on-tone counters. The famous circular slide rule on the bidirectional rotating bezel makes it possible to perform all necessary air navigation calculations. The model is a COSC-certified chronometer, thus meeting the highest demands in terms of precision and reliability.

There are more models available in store and at our e-shop. Please contact us if you have any questions.