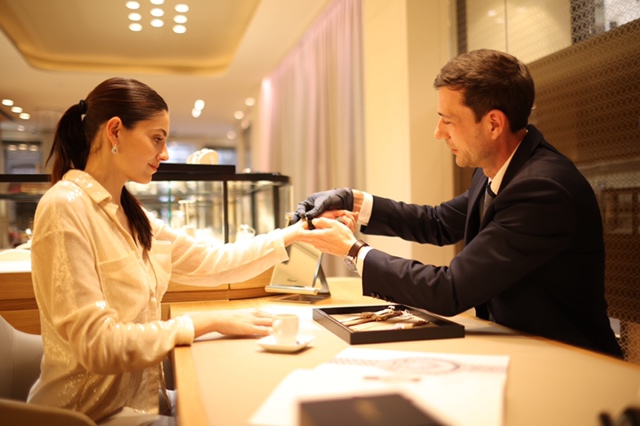 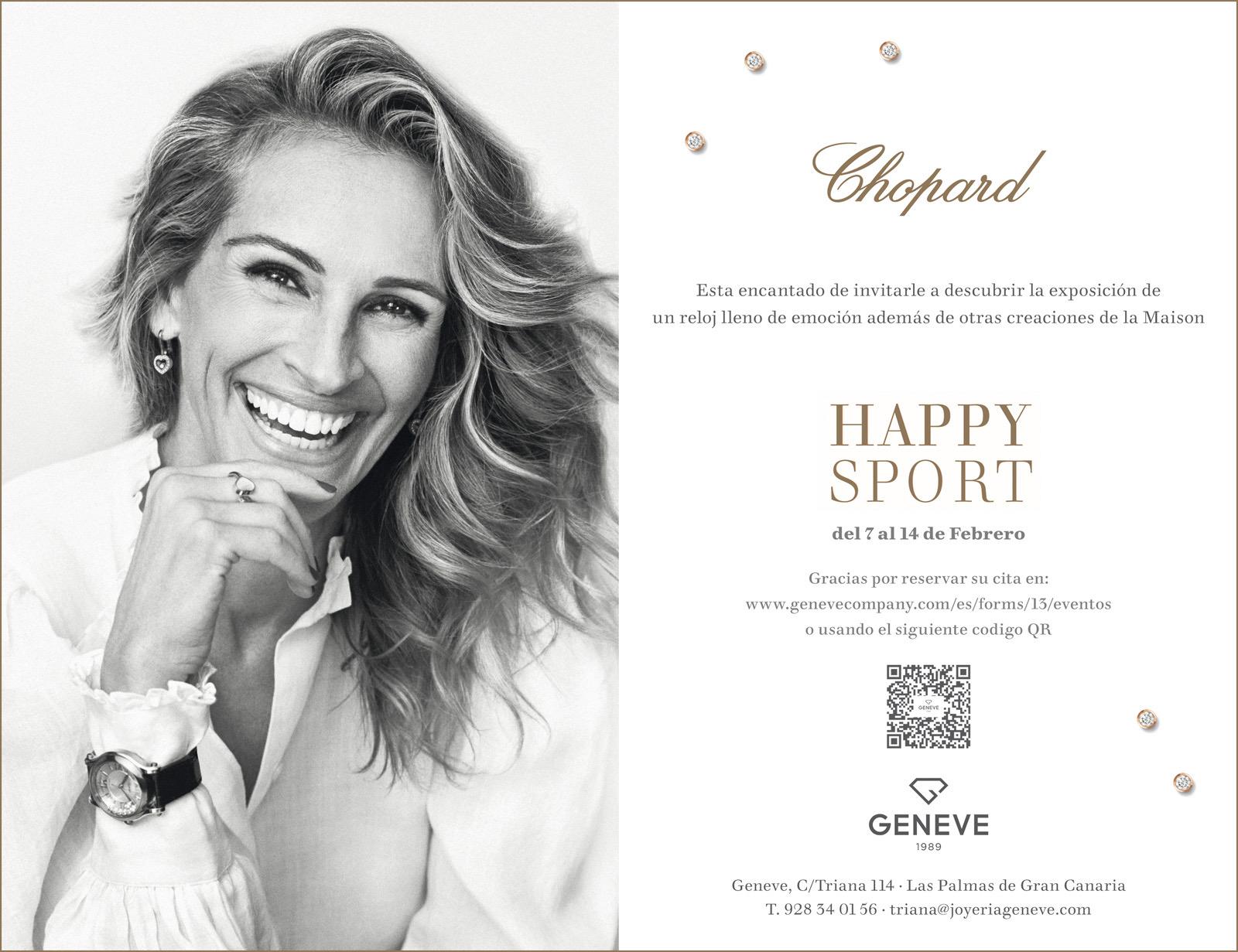 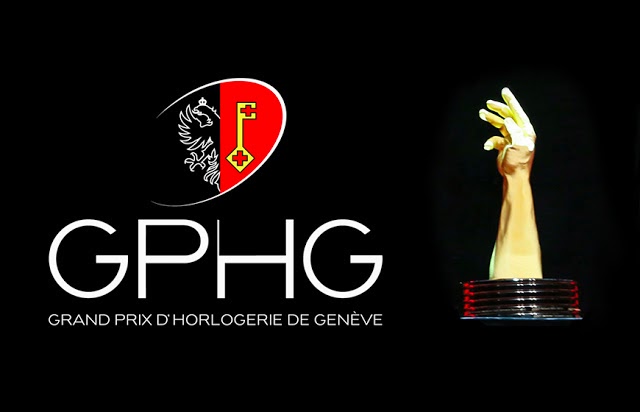 The Grand Prix d’Horlogerie de Genève is a foundation that was created in 2011 that promotes the watchmaking art. Every year in November, it organises an awards ceremony in Geneva, Switzerland.

Any watch brand can participate with watches that are commercially available after March and before the end of October of the current year. They simply send an end entry form and present one or more watches.

The award given to winners of the Grand Prix d’Horlogerie de Genève resembles a hand, which symbolises the knowhow and mastery that is essential in the watchmaking crafts. It was created by the Genevan painter and graphic designer Roger Pfund.

The winners of GPHG 2021 was released on the 4th of November.

MB&F did not fall short this year, as the brand won not one but two awards. The first was in the “Men’s Complication» category for its LMX Titanium with a hand-winding mechanical movement.

The second prize was in the “Artistic Crafts” category with the “Around the World in 80 Days” model.

Chopard was also one of the lucky ones. The brand won the “Jewellery Watch» prize with its Flower Power model. A jewel crafted by the artisans at Maison Chopard that honours the Paradise theme.

Discover our watches at our Geneve Company boutiques. 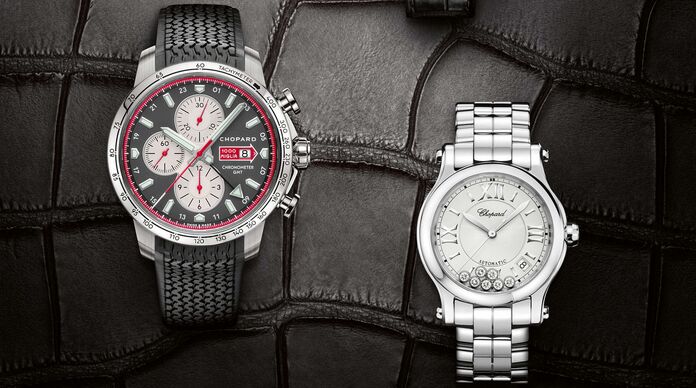 With the advent of the smartwatch, the wristwatch has become a stylish accessory as well as a practical and lightweight way to keep you on time. However, in the professional world, the wristwatch remains essential and acts as a symbol of nonverbal communication that reveals to those around you both your style and your personality. So, choose a timepiece that best expresses who you are – there are many brands to choose from! Here are five timepieces available at Geneve Company that are highly coveted in the world of luxury watches.

Elegant and classic with PATEK PHILIPPE

Renowned for having been chosen by royalty like Queen Victoria and Prince Albert, a watch by the Swiss brand Patek Philippe conveys a classic, elegant and traditional look with a watch passed down from generation to generation!

Practical and casual with OMEGA

If you lead a very active lifestyle, go with an Omega, a durable, quality, Swiss luxury watch designed for accurate timekeeping to effectively withstand a hyperactive life a la James Bond, an iconic Omega figure. We will go on to presume that you are all about action and performance!

Chic and bold with CHOPARD

Founded by Louis-Ulysse Chopard in 1860 with a bracelet watch for women and a pocket watch for men, Chopard’s unique designs will imbue you with classic and sophisticated style!

Sporty and adventurous with TAG HEUER

The first watch brand to travel into space, this Swiss brand is popular with race car drivers. Its most expensive model was sold to the famous driver Steve McQueen in 2012 for $799,500.

Classy and understated with BREITLING

Originally designed for aviation, this Swiss brand quickly became popular with its now-iconic emblematic chronometers. With a Breitling on your wrist, you will be the person who expresses class and luxury in beautiful simplicity.

“Time is money” is an expression dating back to the mid-18th century attributed to Benjamin Franklin. In his work Advice to a Young Tradesman, Benjamin Franklin wrote, “Remember that time is money”. While there are many translations in many languages, the expression always means the same thing: use your time wisely to earn the most money! 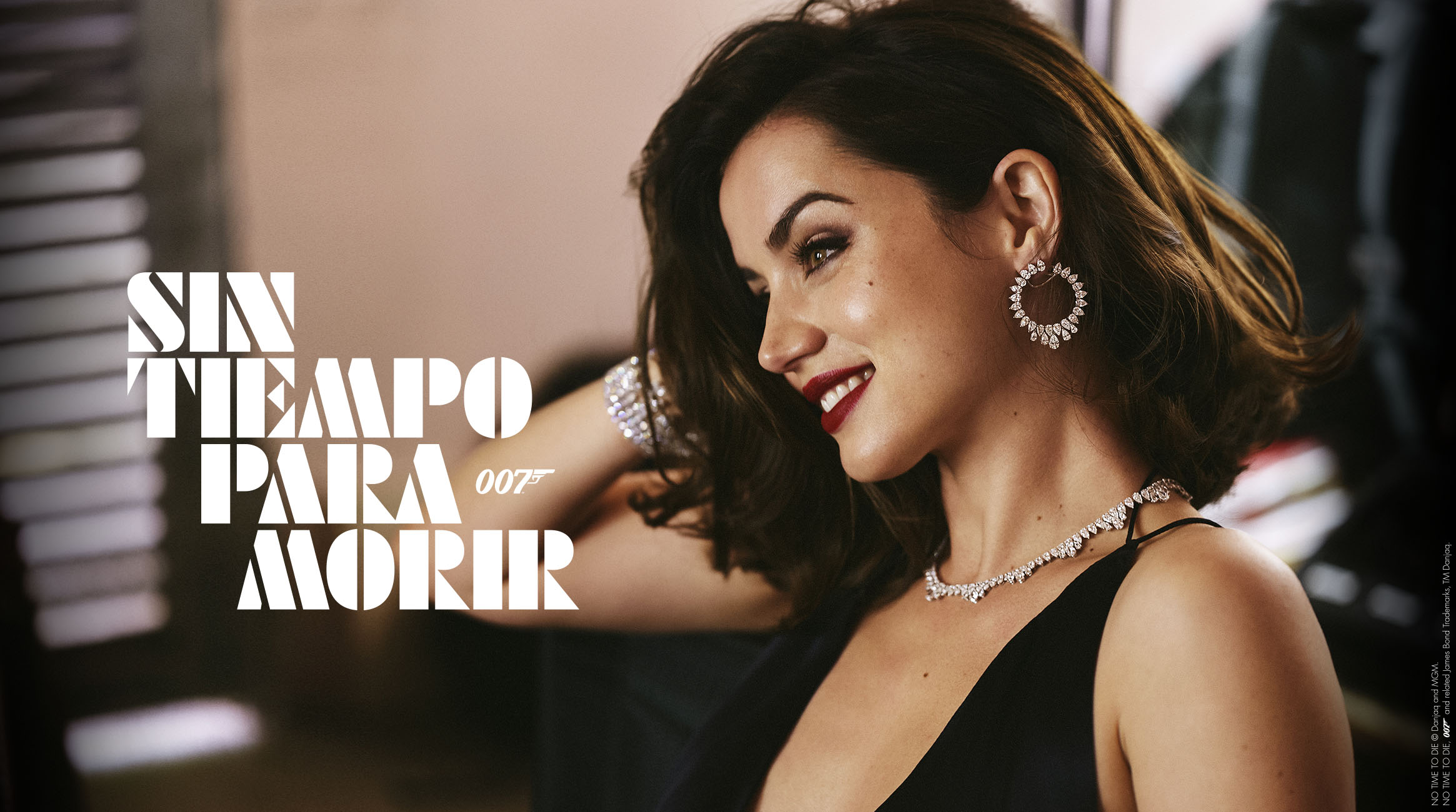 On the occasion of the release of the latest James Bond film, we organised an event on 1 October in Geneva. The programme included cocktails, a meal and a screening of the film. A unique moment to admire this long-awaited film and to marvel at the Omega Semaster 007 James Bond and the sublime creations of Chopard. This year, Chopard has the honour of being the official partner of this movie This 25th film features Ana de Armas playing the role of Paloma. Here is a look at the pieces appearing in the film.

Chopard dazzles us with its creations

Caroline Scheufele, Chopard’s co-president and artistic director, regularly collaborates with cinematic works. And this time her brand is tasked with bringing an extra touch of glamour and elegance to No Time to Die with its exceptional creations. One of the film’s highlights shows Paloma wearing a necklace set with 43 pear-cut diamonds. Her wrist, moreover, flaunts a bracelet featuring 82 pear- and brilliant-cut diamonds. To complete this full diamond look are a pair of earrings set with 14 pear-cut diamonds. More than a simple partnership, Chopard sought to exemplify a new luxury.

The film also shows the actress wearing three other creations from the Green Carpet collection. The amazing set is crafted entirely from sustainably sourced materials. Fairmined gold is in fact ethically certified. In addition, the diamonds come from suppliers who are members of the RJC (Responsible Jewellery Council). Caroline Scheufele is proud to present this collection of sustainable luxury. Attractive and at the same time ethical pieces made by Chopard. Luxury is evolving, and the brand is harnessing this new opportunity to shine brightly on the big screen!

Discover all our Chopard jewellery in store or at our e-shop. 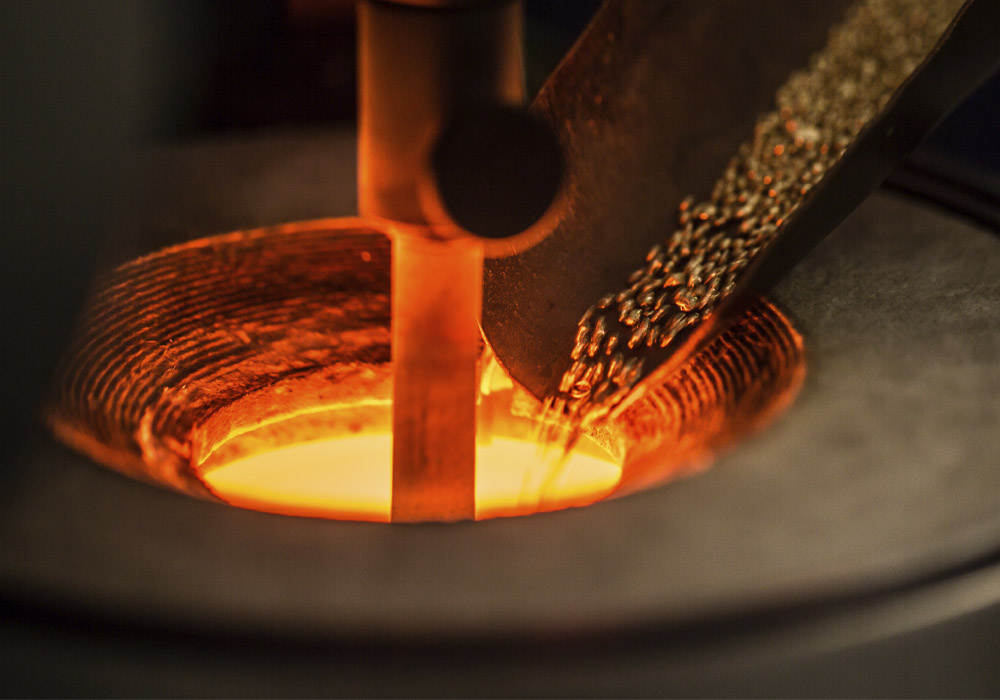 In 2013, the manufacturer embarked on a journey toward sustainable luxury and has not stopped since

The worlds of jewellery and watches will always be connected to mining, allowing jewellery- and watchmakers to obtain different materials and stones to create pieces.

Mining is an activity that has been conducted since ancient times and in which people are forced to work in precarious conditions. It is also harmful in terms of deforestation, water pollution and alteration, destruction of habitats, and much more.

At Geneve Company, we are working to make sustainability part of our brand, and we help to provide information so that concerned customers can understand more about the jewellery we sell at our shops.

Fine watch and jewellery brands are gradually realising that this issue is of utmost importance, which is why they have decided to make major changes with regard to the materials they use to create their products.

Chopard is one of the top manufacturers that began moving toward sustainability many years ago by seeking out ways to protect and preserve the Earth and by helping the people involved in obtaining the raw materials it uses for its products, all in the context of its Journey to Sustainable Luxury project.

Chopard and its ethical gold

Chopard uses gold as a raw material in most of its pieces, and it strives to ensure that the gold it uses in its project is mined in a fully responsible way for its entire production. The gold in these pieces is Fairmined gold, meaning that it is certified as coming from artisanal and small-scale mines.

Fairmined is committed to making artisanal mining a responsible activity and represents an opportunity for development for artisanal and small-scale miners throughout the world.

As a result, Chopard is able to responsibly obtain 100% ethical gold complying with the best environmental practices while helping everyone who is involved in its supply chain.

At Geneve, we are pleased to work directly with brands like Chopard that have a mission and vision that are exceptionally valuable for our planet and involve the world of jewellery. We are always happy to provide customers with all the information they need to understand more about the jewellery we distribute.

Jewellery and watches are what sell best on the Chinese market. Indeed, in 2018, the country accounted for 30% of spending in the luxury market, and this number continues to rise. Hence, major brands in the industry compete harder and harder to attract the attention of Chinese consumers.

Chinese travellers in Europe are important for tourism, because they are who buy most when travelling, since it is cheaper for them to buy in Europe than in China.

Chinese New Year (also known as the Spring Festival) is the most important celebration in the Asian country and in many of its neighbouring countries. This year will begin on 12 February 2021 and end on 31 January 2022. When celebrating Chinese New Year, those living in China often take holidays lasting anywhere between two weeks and a month and a half, making it the best time to travel to Europe to buy gifts for loved ones.

In this regard, Chopard is one of the major brands that participates in the festivities by coming out with new products. The Maison surprises connoisseurs again this year with a stunning, unique, elegant watch that embraces superior ancient Asian craftsmanship, the L.U.C XP Urushi Year of the Ox. It is a timepiece dedicated to the Year of the Metal Ox, an animal that, according to the Chinese horoscope, is favourable to harvests, wisdom and loyalty.

Its dial in Urushi, a special Asian lacquer made from the sap of the Toxicodendron vernicifluum tree, is crafted by Japanese lacquer masters to reveal a scene that evokes ancient labours, humble prosperity and timeless elegance. It also features gold, representing good fortune.

The 88-piece limited edition has an in-house LUC 96.17-L movement that has been entirely developed, produced and assembled at the Chopard High Watchmaking workshops. This self-winding mechanical movement oscillates at a frequency of 28,800 vibrations per hour (4Hz) and has a power reserve of nearly 65 hours thanks to Twin technology, a system invented by Chopard combining two coaxial barrels.

The undeniable centrepiece of this model is its dial, which is adorned with gold flakes that illuminate the background and shows the golden ox with straight horns harnessed to a cart made out of gold, mother-of-pearl and coloured lacquer.

Details of the watch

It boasts an 18-carat gold case and a crown in the same material. It is water resistant to 30 metres and set on a matte black alligator leather strap with hand-sewn matching tones. The timepiece indicates hours and minutes with a self-winding mechanical movement. Limited edition of 88 pieces.